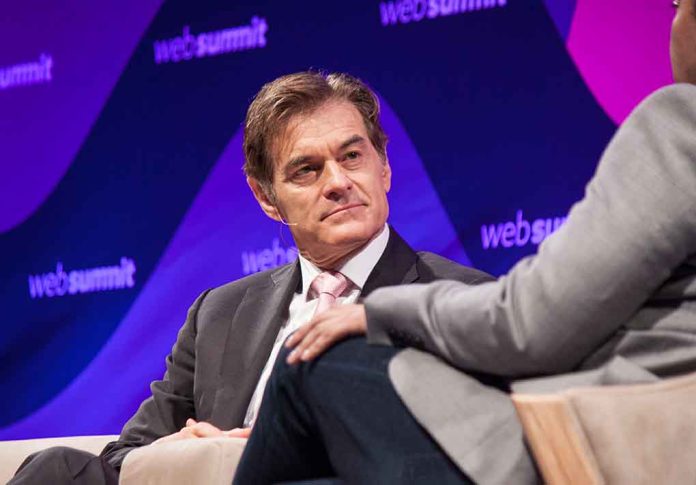 (USNewsMag.com) – For two weeks after Pennsylvania Republicans voted for their preferred Senate candidate, the result was still unknown. However, after battling to request a hand recount in the closely contested primary election, Dave McCormick officially conceded to Dr. Mehmet Oz on Friday.

The candidates are both Republicans, but apart from that, they don’t have much in common. McCormick is a West Point graduate who spent 15 years in the elite 82nd Airborne Division before becoming a business consultant. In 2005 President George W Bush appointed him Under Secretary of the Treasury for International Affairs. In 2009 he went to work for investment managers Bridgewater Associates, quitting this January to launch his Senate run.

On the other hand, Oz is a dual US-Turkish citizen who spent two years in the Turkish Army after graduating from Harvard. When he graduated from medical school in 1986, he began a medical career culminating in his appointment as a professor at Columbia University’s medical school. However, his career path has been controversial, thanks to his support for homeopathy and other “alternative medicines” generally seen as pseudoscience, and he no longer sees patients. Over the last 15 years, he’s become a TV personality, first as a medical adviser on the Oprah Winfrey Show and then as host for his own Dr. Oz Show, attracting more criticism for promoting pseudoscience. Yet, Oz has the key advantage of having former President Donald Trump’s endorsement.

Too Close To Call

On May 17, more than 1.3 million Pennsylvania Republicans cast their primary votes for either former Treasury official Dave McCormick or TV personality and controversial medical adviser Dr. Mehmet Oz. With just over a 900 vote difference between the candidates, Oz’s lead was well within the 0.5% threshold that triggers an automatic recount. Last week, state officials ordered a machine recount of the votes.

McCormick initially said his campaign identified discrepancies in 150 precincts spread over the 12 counties, and he hopes a hand recount will scrape up enough extra votes to push him into the lead. The Pennsylvania Commonwealth Court scheduled a hearing for Monday to decide whether to grant the request, but the hearing is barely more than 24 hours ahead of the deadline for tabulation, and hand-counting is a notoriously slow process.

Although McCormick called for a hand recount of ballots from 12 counties, intent on continuing to find a way to beat out his Trump-endorsed opponent, it appeared that the potential was too out of reach. McCormick ended up conceding to his major opponent on Friday, June 3rd, in a swift change of events.

The charismatic but controversial Dr. Oz will make it through to November’s Senate race against ultra-liberal John Fetterman, confirming the power of Trump’s endorsement.