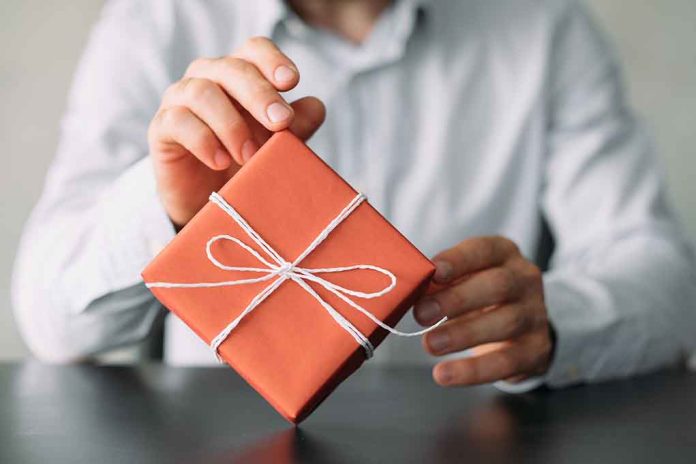 Socialist Cuba Offers BIZARRE Gifts Of Thanks To Heroic Firefighters

(USNewsMag.com) – Firefighters in Cuba recently battled the largest fire in the island’s history. The blaze destroyed about 40% of its fuel storage capacity, compounding energy problems the country had already been fighting. Reports indicate the brave first responders who helped extinguish the blaze were rewarded with seemingly strange gifts.

The fire burned for almost a week after a lightning strike hit a fuel tank. The blaze spread through the facility and destroyed four of the eight tanks on the property. To reward the firefighters who responded to the disaster, the Cuban government handed out gift bags containing chicken, drinks, and personal hygiene products like deodorant.

Citizens on the island have a hard time finding basic food items like milk, chicken, and cooking oil. The Washington Post reported in May that the country has been hit with food shortages and one of the worst economic crises in three decades. The socialist government imports about 70% of the food for the country but has had a hard time finding money to pay for those supplies. One mother told the newspaper that the only thing she thinks about from the time she wakes up is where she’s going to get food for the day.

People often describe Cuba as a place where time has stood still. It’s because the severe sanctions on the island have prevented it from growing over the last 50 years. The socialist government refuses to change and has created a situation where even deodorant is considered a luxury item. But is that a sustainable way of life? What do you think?