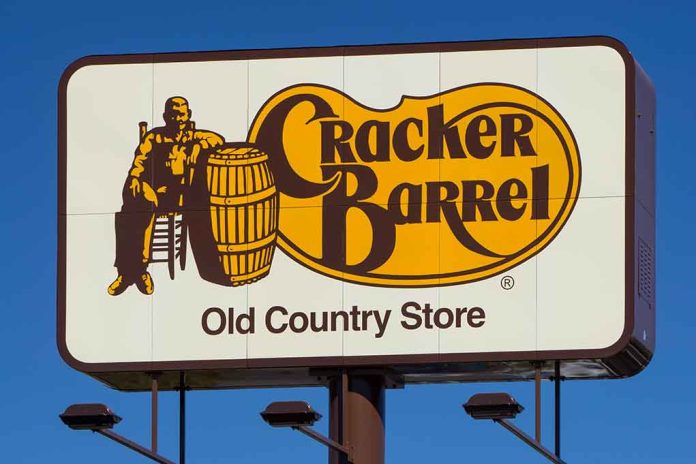 (USNewsMag.com) – For more than 50 years, Cracker Barrel has been one of the most beloved restaurants in America. The homestyle meals are perfect for those who are looking for comfort food. Recently, the company faced backlash after introducing a new menu item.

The eatery recently announced it was introducing Impossible Sausage to its menu at all of its locations. The patties are made from plants but taste like sausage. The restaurant still offers the pork version to anyone who wants it and isn’t replacing any of its traditional food items with fake meat. It’s merely offering it as an alternative to those who want it.

Cracker Barrel: Where pork-based and plant-based sausage lovers can breakfast all day in harmony. pic.twitter.com/be4dx5toQ4

The decision angered a lot of people who called the restaurant “woke” and accused it of catering to the Left. Under the company’s Facebook post, one user said the eatery lost his business and congratulated it on “being woke and going broke.” Another commented that she “lost respect for a once great Tennessee company.”

Others commended the restaurant for introducing a menu item that could attract new customers. There were others who mocked the commenters who were angry, calling them “triggered” and telling them that nobody is going to force them to eat the plant-based meat.

What do you think about the new menu item? Are you going to try it, or do you think the company is going woke?