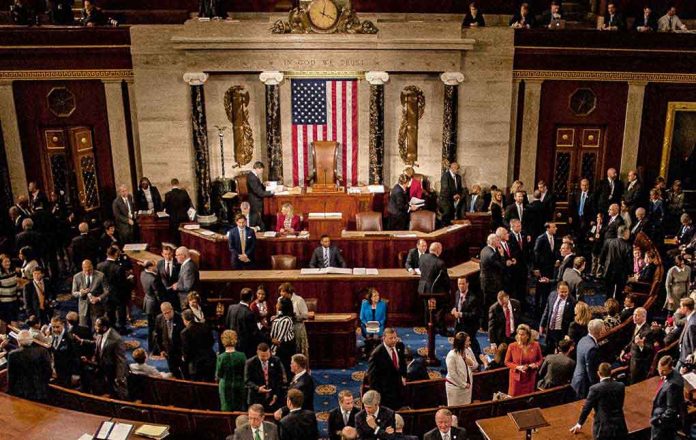 (USNewsMag.com) – Lawmakers on both sides of the aisle have wanted to rein in Big Tech’s monopoly power for quite some time. Attempted compromises have just not worked. Shockingly, it seems now members of Congress might finally join together on this issue.

A large bipartisan group of lawmakers has come together to support the American Innovation and Choice Online Act (AICO). The legislation would prevent tech companies like Google, Apple, and others similar from giving their own products advantages on their platforms. For instance, Apple wouldn’t have as much control over how iPhone users get and pay for their apps.

The bill has already passed the Senate and House Judiciary Committees. Axios reported Senate Majority Leader Chuck Schumer (D-NY) will put the legislation up for a full vote by early summer, according to official sources. However, this doesn’t mean the bill is without drama. POLITICO recently reported there are fights within the Democratic caucus behind the scenes on how to go about it.

.@adamcancryn and I dove deep into the Democratic in-fighting over the bipartisan legislation to rein in the largest tech companies.

Supporters of the bill say vulnerable Democrats are getting scared amid frenzied lobbying by the tech companies. https://t.co/nyjWfl2nwP

Some Democrats are reportedly concerned speaking out against big companies could threaten their reelection chances when they’re desperately trying to hold onto their slim majorities in the House and Senate. One aide said lawmakers should focus on bills that “will help consumers deal with rising costs,” instead of pet projects.

Nonetheless, as of now, reports indicate there seems to be enough support behind AICO to propel it right to President Joe Biden’s desk.