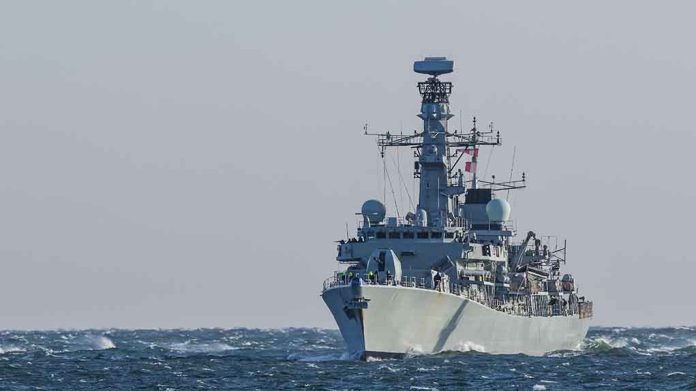 (USNewsMag.com) – The Bering Sea is part of the northern Pacific Ocean that divides Europe and North America. The Coast Guard (USCG) patrols the body of water as part of its mission to protect the United States. Recently, one of its ships came across a surprising scene while on routine patrol.

According to a Coast Guard press release, on September 19, the USCG cutter Kimball was patrolling the area when it came across a Chinese guided missile cruiser about 86 miles from Alaska’s Kiska Island. Upon further inspection, the patrol ship saw the cruiser wasn’t alone; two other military vessels from China were accompanying it, as were four Russian naval vessels. The vessels were in a single formation and included a destroyer.

The Kimball followed the formation as it moved through international waters. Eventually, it dispersed. The USCG also dispatched a C-130 Hercules to accompany the Kimball as it followed the Chinese and Russian ships.

In the press release, Rear Adm. Nathan Moore said the formation “operated in accordance with international rules and norms.” Still, he promised the United States would continue to “meet presence-with-presence to ensure” America doesn’t experience any disruptions to its interests.

Any time adversaries get that close to an American state or territory is concerning, more so considering the heated rhetoric coming from Russia and China in recent months.