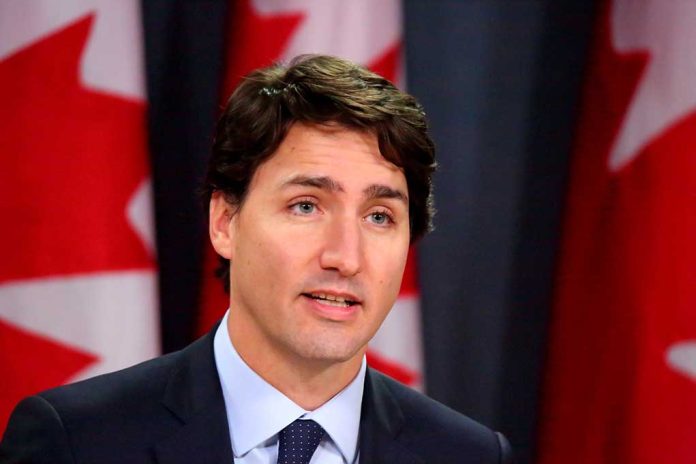 On February 22, the Embassy posted a message on Twitter, reminding Canadians about Trudeau’s criticism of the Chinese government’s crackdown on radical Hong Kong protesters in 2019. The communists claimed Canada has an “unacceptable” double standard.

Chen Weihua, a journalist for the communist-owned China Daily, made a similar statement, claiming the police were cracking down on “violent petrol-bomb-throwing mobs” in Hong Kong in 2019 when Canada criticized them.

Back in 2019, when radical elements assaulted the police and wantonly disrupted public order in Hong Kong, the Canadian side asserted that it will “stand up loudly and clearly for human rights all around the world” and wantonly criticized, maligned and smeared the HK Police Force

According to the Canadian Charter of Rights and Freedoms, the citizens of the country have the right to free speech. However, the government is also allowed to impose “reasonable” limits. Many Canadians (and conservative Americans) argue arresting, pepper spraying and terrorizing people for protesting COVID-19 mandates wasn’t reasonable, but Trudeau’s regime didn’t seem to care.

Although one can argue it’s absolutely true the Canadian government was wrong, one cannot discount the irony of the communists attacking any country over censorship. China has control of every aspect of speech in its country. In fact, the nation reportedly mowed down thousands of protestors during the 1989 Tiananmen Square protests.

Do you think China has the right to criticize the Canadian government?