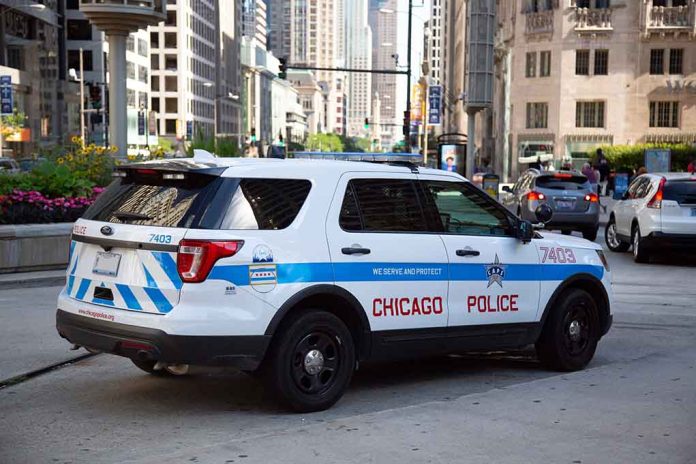 (USNewsMag.com) – As violent crime continues to be a severe concern in major cities around the country, Chicago’s police are suffering from an exorbitantly high suicide rate. The department has seen a total of 20 suicides in the past four years, a rate that is 60% higher than the average for police departments in the United States. Sadly, three officers in Chicago took their own lives in the last few weeks of December 2022, bringing the total for the year up to 7 suicides.

While the murder rate in Chicago trended downward in 2022, other forms of crime skyrocketed. As of Dec 25th, 2022, there had been a 101% increase in motor vehicle theft. And despite the 14% drop in murders over the previous year, the murder rate is still 39% higher than in 2019.

Tania Glenn, a trauma therapist who specializes in mental health services for veterans and first responders, believes the issue lies in the “multifaceted” circumstances the Chicago police officers face. She describes Chicago as a “very, very hectic, busy, violent city.” She points to staffing shortages as a major factor, noting that long hours and overtime leave officers in a heightened state of stress for long periods. Combined with sleep deprivation and being put in a constant state of fight or flight takes a heavy toll on mental health.

The retired Chief of Detectives for the Chicago Police Department, Eugene Roy, pointed out that the Employee Assistance Program is designed to provide crucial mental health services to officers who have public waiting rooms. This acts as a deterrent for officers that need help but guards their privacy. He believes the “tragic trend” in the department is a result of city leaders’ “failure of management” and “failure of leadership.” One of the biggest issues is what he describes as a lack of sensitivity to the problems the men and women on the police force are facing. In one incident, the department alerted every officer to open complaints against them on the same day they were informed of one of their coworkers’ suicides.