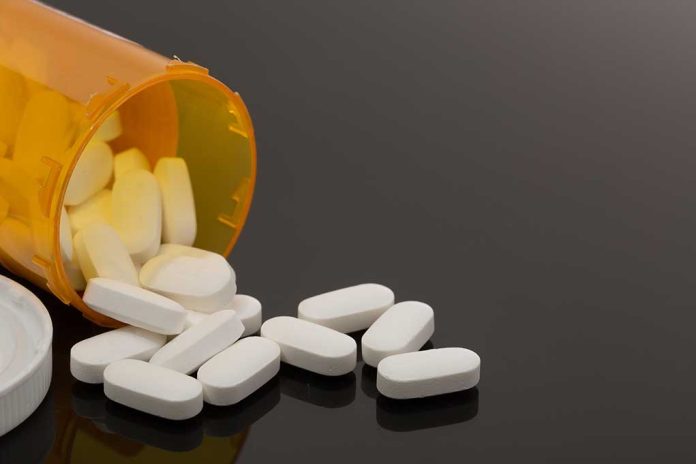 (USNewsMag.com) – The COVID-19 pandemic caused many hardships for many people. Hundreds of thousands of people lost their jobs, were mandated to remain home, and isolated from their friends and family. For many, this had a profound effect — one with such a stark reality that’s only recently come to light in a damning report.

Drug overdoses are, unfortunately, nothing new. Yet, 100,306 people died from overdoses from April 2020 to April 2021, according to the CDC, a huge 28.5% uptick in deaths over the same period the previous year. Many involved opioids, including the deadly drugs fentanyl and cocaine. Prescription pain medications and methamphetamines were also to blame.

Cause of Uptick in Deaths

While nobody can be 100% sure why people turn to drugs because of each individual’s unique circumstance, experts speculate the pandemic significantly impacted peoples’ mental health. Fear and anxiety shot to the forefront as citizens grappled with the effects of the pandemic. Isolation from family and peers and financial hardships likely exacerbated these feelings, and many turned to drugs to help numb the pain, often with fatal results.

Another widespread issue is fentanyl’s availability. It’s been making its way across the border and often into other drugs, such as heroin and cocaine. Most people aren’t even aware when fentanyl has been laced into other drugs, and the result is deadly. It’s no secret cocaine and heroin carry risks on their own, but the addition of fentanyl increases the potency and overdose risk much faster than sellers or users expect.

Unfortunately, fentanyl is so deadly, it’s responsible for more overdose deaths in the latest 12-month period than overdoses caused by all drugs combined in 2016. That’s a worrying trend.

Another contributing factor when it comes to the availability of fentanyl lies at the border. Seizures of the drug more than doubled from 4,791 pounds in the fiscal year 2020 to 11,201 pounds in 2021. To put that in perspective, a single kilogram of fentanyl can cause 500,000 deaths. The amount seized by Customs and Border Protection (CBP) officials was enough for 2.5 billion doses. Unfortunately, there’s no telling how much actually made it through the border and onto America’s streets.

Sadly, this epidemic isn’t likely to end any time soon.

If you or anyone you know is struggling with addiction, there’s help available. Reach out to the Substance Abuse and Mental Health Services Administration (SAMHSA) at 1-800-662-HELP.