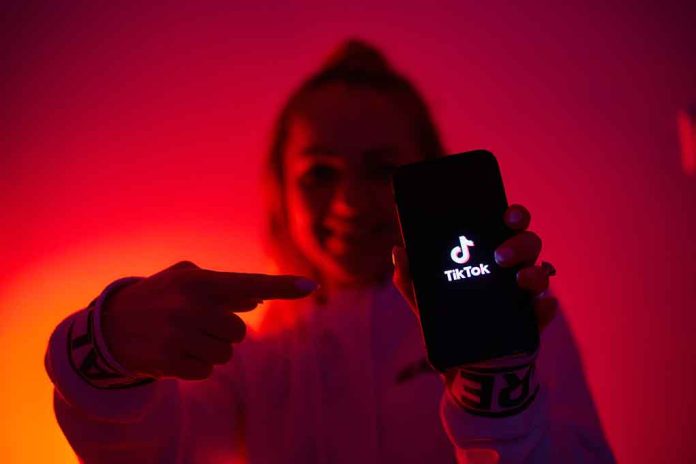 Gallagher, while speaking to NBC’s Meet the Press likened TikTok to fentanyl for two reasons. First, he explained that it is “highly addictive and destructive,” with a “corrosive impact,” particularly on “young men and women.” Second, it “ultimately goes back” to China, much like the dangerous drug responsible for a huge leap in drug overdoses in recent years.

TikTok has come under increased scrutiny in the days following the Senate’s passing of a bill that bans the use of TikTok on government devices due to security fears. The Governors of Maryland, Texas, and Kansas are among the growing list of state officials that have used Executive Orders to prevent state employees from using the platform on devices that could contain government data.

The parent company of TikTok, ByteDance, is a Chinese-owned company which means that the Chinese Communist Party has access to their data. The popular platform has been accused of data mining or collecting vast amounts of personal information in order to discover patterns and insights. The possibility that the data it collects could be sensitive or used maliciously has brought the issue to the forefront in recent weeks.

Though former President Donald Trump addressed this threat, he was not able to implement any new policy regarding the app. As Governor Laura Kelly of Kansas has said, it is “a threat recognized by a growing group of bipartisan leaders.”

Representative Raja Krishnamoorthi, a Democrat from Illinois, is co-sponsoring a bill that would ban TikTok from the United States. The representative believes banning TikTok would “protect American users from malign foreign influence.” Vivek Ramaswamy, a tech entrepreneur, spoke to Newsweek and agreed with the calls to ban the popular platform and has pointed to the fact that “there’s a reason why” China doesn’t “offer the same product” to their citizens, calling the app a Trojan Horse.