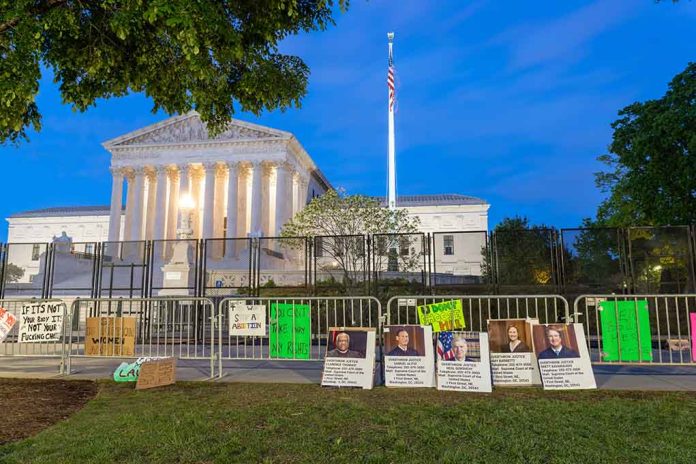 (USNewsMag.com) – On June 24th of 2022, the United States Supreme Court overturned Roe v. Wade, the decision which had been made nearly fifty years earlier, which had established a guaranteed right to abortion in the U.S. More than a month before the final decision was announced, an unknown source within the court released a draft. Though Chief Justice John Roberts had ordered the Marshal of the Supreme Court to investigate the leak, there has been no further information released to the public since then.

Ilya Shapiro, the director of Constitutional Studies at the Manhattan Institute, is leading the call for the results of the Marshal’s investigation to be made public. She told the Daily Caller that the release of that information is “long past time.” The President of the Judicial Crisis Network, Carrie Severino, said it is “surprising that the Chief Justice has not yet given any updates.”

The leak was responsible for protests in front of the Supreme Court building in Washington, D.C., and at the justices’ private homes. One of the worst incidents that came as a result of the leak and occurred prior to the official decision’s release was the attempted murder of Justice Brett Kavanaugh by Nicholas John Roske. The man was arrested in Kavanaugh’s neighborhood with multiple weapons on his person. Roske told police he intended to kill Kavanaugh. There were also a series of attacks on churches, pregnancy centers, and pro-life group offices, including fire bombings and vandalizations.

Many protests were organized by a group called “Ruth Sent Us.” It is believed their name is a reference to Ruth Bader Ginsburg, a former Supreme Court Justice who is considered to have been a strong advocate for abortion rights, though she was vocal in her belief that Roe v. Wade was a bad decision.