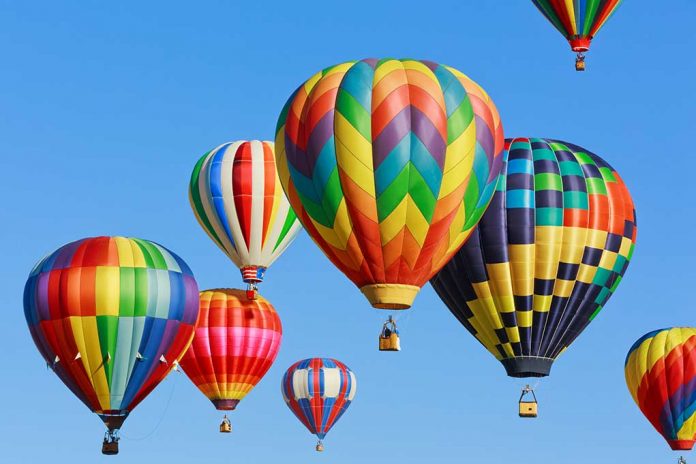 (USNewsMag.com) – In 2019, hundreds of hot air balloons launched all at once at the International Balloon Fiesta in Albuquerque, New Mexico. Festival goers watched in awe as the balloons rose upward. What nobody knew at the time was that the event broke a world record.

On October 6, 2019, 524 hot air balloons made an ascent into the sky at once. The ascension broke the Guinness World Record for the most to launch simultaneously. Balloon Fiesta Executive Director told the media the festival organizers didn’t realize they had broken the record until the following year.

Spokesman Tom Garrity said he spoke to Guinness in 2020 to see if the documentation the festival had would be sufficient to claim the record. The world record keepers agreed that it was, and awarded the title to the Balloon Fiesta.

The 2019 event wasn’t the first time the Balloon Fiesta won the record for the largest ascension of balloons at once. It won the title in both 2010 and 2011. Lorraine, France, took the title in 2013 when 408 hot air balloons launched into the sky.

Albuquerque International Balloon Fiesta President Matt Guthrie called it an “honor” to win the world record for its 48th event. COVID-19 caused the organization to cancel the festival in 2020, but it’s back on for October 2, 2021.