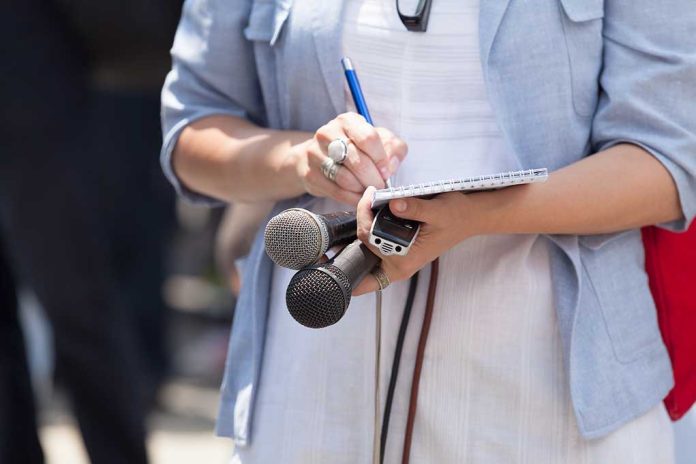 (USNewsMag.com) – The FIFA World Cup is currently being held in Qatar. The decision to hold the championship soccer competition in the Middle Eastern nation has been fraught with controversy. As the matches got underway, a reporter had a very bad experience in the country.

Before the first match on November 20, Argentine reporter Dominique Metzger announced the lead-up to the first match. According to the New York Post, she was dancing with fans on air while broadcasting for the Todos Noticias network when someone allegedly stole some of her belongings, including credit cards, money, and documents. Viewers of her coverage couldn’t see the theft take place.

Dominique Metzger, the Argentine reporter, that had her wallet stolen live on air says the Qatari police assured her the thief could be identified using face recognition and asked what punishment she wanted for him:

"5 years in prison or do you want him to be deported." 🇶🇦🚔 pic.twitter.com/Ar8YNXUtPf

The journalist filed a report at a police station in Doha after the incident. The Evening Standard reported that law enforcement claimed the area of the alleged theft was under surveillance. During an interview on her network later, she said the police told her she could choose the punishment the offender would receive when the culprit was found.

The cop reportedly asked her if she wanted the offender to be deported or go to prison for the next five years. She told officers she just wanted her wallet returned, she wasn’t going to start handing down sentences.

Do you think Qatar should be hosting the World Cup?