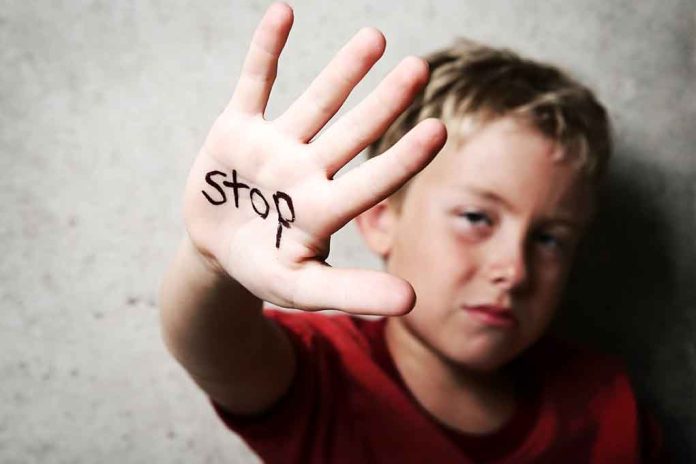 (USNewsMag.com) – There was a time when it was safe for kids to play outside without fear of being severely injured. Sure, there was the occasional freak accident or bullying, but children grew up in friendly neighborhoods. That doesn’t seem to be the case in a lot of places these days — and a little boy in Connecticut learned that the hard way.

On Sunday, April 24, 6-year-old Dominick Krankall was playing in the backyard of the apartment his family rents with the homeowner’s 8- and 11-year-old sons. At some point, Dominick’s mother Maria Rua heard her son screaming. The little boy had burns on his face. According to Aaron Krankall, his son said the boys he was playing with doused a tennis ball in gasoline, lit it on fire, and hit him in the face.

Police are now reviewing video from a security camera that overlooks the backyard where the 6-, 8- and 11-year-olds had been playing together. https://t.co/qdJAgmYbFJ pic.twitter.com/IWzO6SncSG

Dominick had severe burns on his face and a burn on his leg. He’s in the hospital recovering and could have lifelong scarring. His family says the other children involved were bullying the 6-year-old, but the parents of those kids dispute the claims.

Laura Giacobbe, the mother of the other kids, said no bullying took place. Instead, she told ABC 7 NY Rua is to blame because she failed to supervise the kids after she said she would. “She neglected these children outside,” the mother said.

Police are investigating the incident.