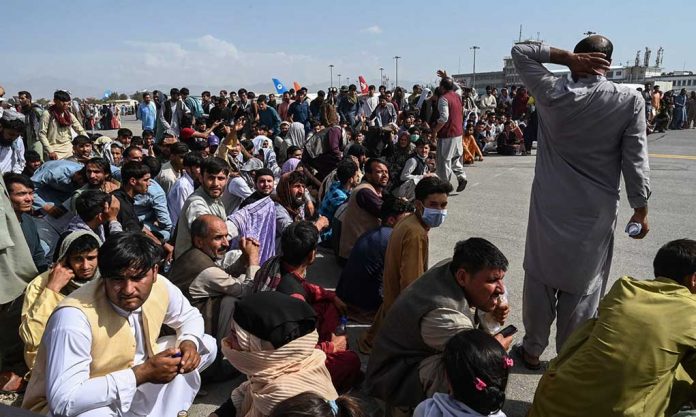 (USNewsMag.com) – Although a lot of attention has been on the US withdrawal from Afghanistan over the last couple of weeks, it isn’t the only nation pulling out of the country. The UK has troops in the region as well, and Prime Minister Boris Johnson recently issued a warning to the Taliban.

On August 26, Johnson told the Taliban it would forfeit billions of dollars if the group interfered with evacuations after the August 31 withdrawal date. During a speech at a military base in London, he said “the lion’s share” of refugees and British citizens have already flown out of the country.

The Prime Minister pointed out that if the Taliban truly wants to form diplomatic relationships with other nations, they have to provide “safe passage” for people who want to leave. That’s the only way the group will unlock billions of dollars in development aid.

UK Armed Forces and officials are doing everything they can to help those in Afghanistan to whom we owe a debt of obligation. pic.twitter.com/3q3I9zLLZb

Johnson is one of the world leaders who has reportedly tried to convince Biden to slow down and move the deadline. The other leaders are allegedly worried they won’t be able to get their citizens and at-risk Afghan refugees out of the country by the US president’s arbitrary withdrawal date. So far, the president hasn’t backed down.