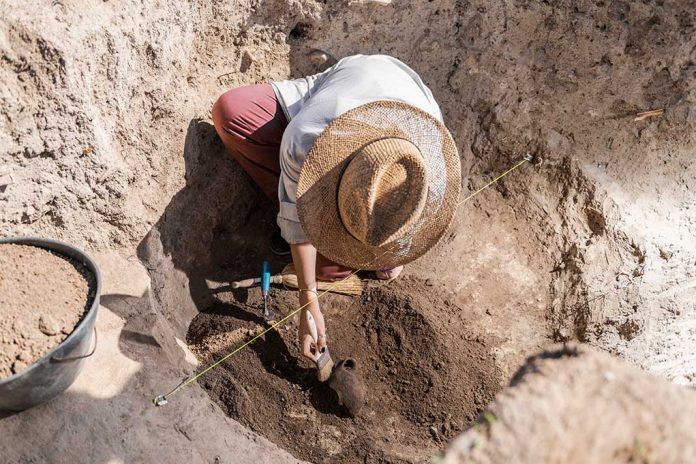 (USNewsMag.com) – In the 1970s, the movie “Jaws” had many people nervous about going for a dip in the ocean. The shark deaths in the film were more than a little gruesome. Archaeologists now believe they have recreated the first Jaws-like attack, which happened thousands of years ago in Japan.

Researchers from the University of Oxford uncovered the remains of a man who died 3,000 years ago near Japan’s Seto Inland Sea at the Tsukumo site. The man’s bones had 790 traumatic injuries on his arms, chest, abdomen, and legs. In a joint statement, Rick Schulting and J. Alyssa White said they were initially confused about what could have caused so many “deep, serrated injuries” on the man. Through the process of elimination, they finally settled on a tiger or white shark attack.

Researchers have discovered what they say is the earliest direct evidence of a shark attack on a human, with the sea creature inflicting some 790 injuries on a man 3,000 years ago. https://t.co/hXq1PQcxlv

The researchers worked with an expert from the Florida Program for Shark Research, George Burgess. The man’s wounds showed he was likely alive when he suffered the attack. His loved ones found his body after the attack and buried him in what was likely the family cemetery. It’s estimated he died between 1370 and 1010 BC; experts published their findings in the Journal of Archaeological Science: Reports.