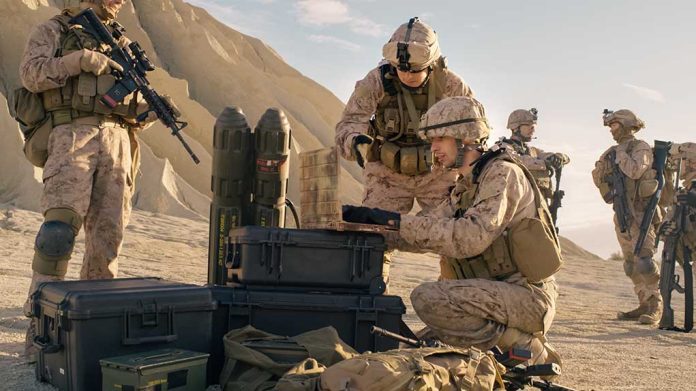 (USNewsMag.com) – In 2017, the series Black Mirror aired an episode titled “Meathead” where a particular episode featured a killer robotic dog. It seemed like a far-out idea when the show aired, but as of late, it could become a terrifying reality.

The sniper rifle uses a 6.55 mm Creedmoor cartridge that can hit targets out to 3,940 feet. The rifle also has a thermal camera for nighttime operations and a 30x optical zoom for precise targeting. The cartridges offer an increased range over 5.56 mm rounds currently used by troops on the ground.

SWORD’s website claims “SPUR is the future of unmanned weapon systems, and the future is now.”

There are a lot of unknowns about the machine. The company won’t reveal how much it costs or how many rounds it can shoot. It’s also not known whether a human will need to manually operate it in the field or if it can be done remotely. And, of course, there’s the concern that the bots could malfunction and turn into autonomous killing machines. No big deal, right?