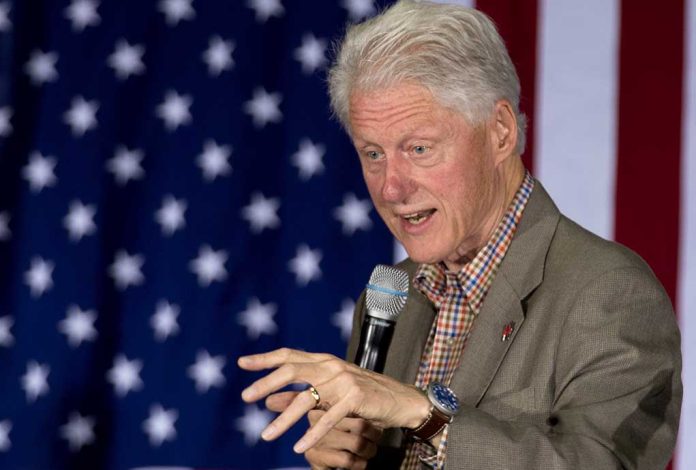 (USNewsMag.com) – Former President Bill Clinton recently returned home after a six-day stay in a California hospital. He’d been admitted after a urinary tract infection (UTI) entered his bloodstream and turned into sepsis. Now, the former POTUS is speaking out about his experience.

On October 20, Clinton released a video saying he was “touched by the outpouring of support.” The former president looked frail as he said he was on the road to recovery. He thanked the doctors and nurses at the University of California, Irvine medical center for taking care of him while he was being treated for the potentially deadly infection.

I'm glad to be home! pic.twitter.com/ZoYuy54Q6R

The recent scare wasn’t the only health issue the 75-year-old former commander in chief has dealt with over the years. In 2004, he had quadruple bypass surgery after doctors discovered major blockages in his arteries. In 2005, he had surgery to repair a partially collapsed lung. And in 2010, he had two stents placed in a coronary artery.

The infection that caused Clinton to fall ill this time is very common. Millions of Americans suffer from UTIs each year. His experience goes to show the importance of being treated for infections, even minor ones. Something that’s easily treatable can quickly turn life-threatening if left unchecked.