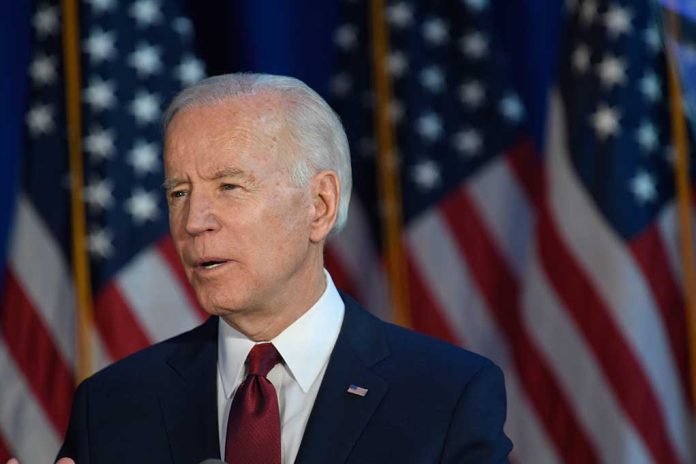 (USNewsMag.com) – The Build Back Better plan has had its share of controversies over the last several weeks. Most notably, the IRS “snooping” plan has garnered the attention of people all over the country, not just legislators. Many are worried that the provision, which calls for flagging all banking transactions of $600 or more, is another one of Big Brother’s attempts at invading American citizens’ privacy and expanding government overreach. Now, banks are speaking out about the inclusion of this provision.

The alleged motive behind this move is twofold. First, the government wants to catch those who evade taxes through underreporting income. Second, they hope to recover these taxes to help fund the reconciliation bill. Reports say it could generate up to $463 billion.

Currently, there’s already legislation in place to combat tax evasion, but at a much higher threshold. The Bank Secrecy Act, passed in 1970, requires reporting of cash receipts over $10,000. This amount is a far cry from the $600 proposal.

Needless to say, people are undoubtedly worried that the IRS is looking to peek into their personal accounts and spending habits. Treasury Secretary Janet Yellen says this is not the case. According to her, “The proposal involves no reporting of individual transactions of any individual.” Rather, the information will be sent in an aggregate file, comparing deposits to withdrawals. The hope is to stem the flow of hiding money for tax avoidance.

Still, experts like Paul Merski of the Independent Community Bankers Association, call it out for what it is — an invasion of privacy. Additionally, he says it will directly affect how people bank. The major concern is that people will stop banking altogether in an effort to keep their finances away from prying eyes. The IRS can’t look at bank accounts themselves, he says, so the government is “using banks as kind of the police force” for the agency.

People are overwhelmingly against the move, too. An ICBA-Morning Consult poll revealed that only 22% of those surveyed supported the provision. More than two-thirds oppose it.

Despite enormous pushback, House Speaker Nancy Pelosi (D-CA) says Democrats plan to keep this provision as part of the bill. She said it’s likely the amount could change during negotiations but was adamant that it’s a necessary measure to prevent tax evasion.

Only time will tell if the provision remains, and to what extent.