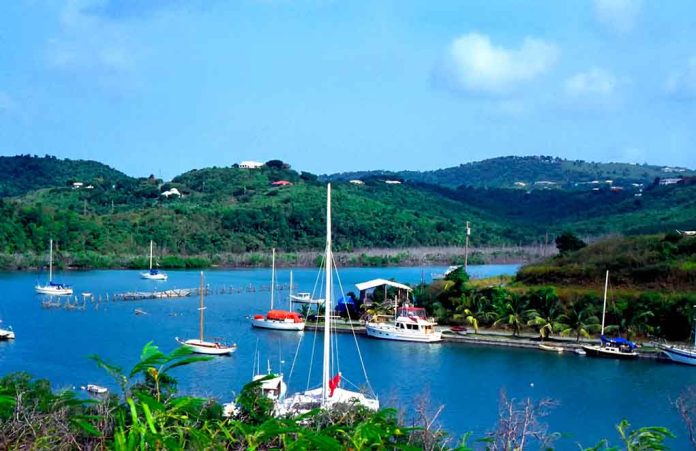 (USNewsMag.com) – On Thursday, December 29th, the $1.7 trillion omnibus bill was signed by President Joe Biden. In order to meet the December 30th deadline, White House staffers flew the controversial bill to St. Croix in the Virgin Islands, where the President and his family are vacationing at billionaire couple Bill and Connie Neville’s house.

In a tweet from the official POTUS account, President Biden described his last major act of the year as marking “historic progress.” He claimed the bill invests in issues like safety, disaster recovery, and medical research, among other things. The post likewise highlights the bill’s approval of “crucial assistance to Ukraine.” Though not included in the President’s tweet, the bill also includes increased spending for environmental and green energy initiatives along with a monument to Journalists and a 1 billion dollar subsidy for the media.

The bill has faced criticism due to its excessive length, over 4,000 pages. Those who voted on it were given the final version just days before the vote, making it impossible to imagine that any of them read the entirety of the spending included in the package.

Former President Donald Trump described the bill as “ludicrous” and “unacceptable.” He claimed that among the 1.7 trillion dollars allotted were “left-wing disasters, Washington Betrayals, and special interest sellouts.” Prior to the bill passing the Senate, he urged republicans to vote no. Trump’s advice fell on deaf ears in the Senate, where the bill passed thanks to 18 GOP Senators who voted with the Democrats.

Details of the contents of the omnibus bill have continued to trickle out, including that it allowed for the creation of the Office of Pandemic Preparedness and Response Policy, part of the Executive Office of the President. A Pandemic Czar will head the new office. Representative Dan Bishop of North Carolina described this addition as “giving the gov’t even more avenues to stifle civil liberties,’ in a tweet posted on December 21st.