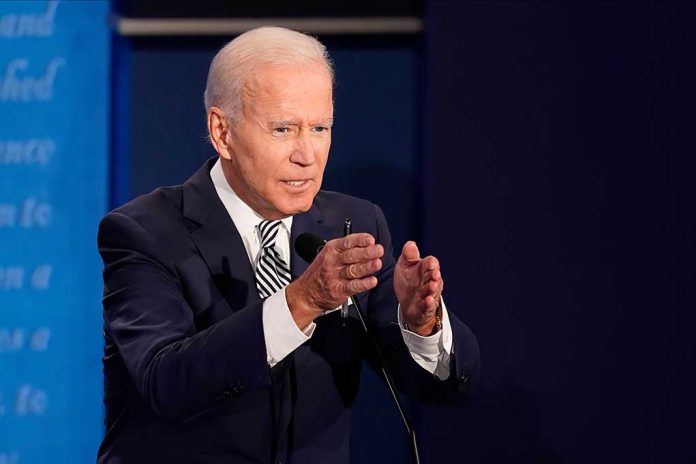 (USNewsMag.com) – The situation between Ukraine and Russia has been dragging on for months. Russian President Vladimir Putin has said he doesn’t plan to invade his neighbor, but NATO isn’t so sure. Now, President Joe Biden’s administration is trying to get Americans to leave the possible conflict zone before it’s too late.

On Monday, February 7, Biden held a joint press conference with German Chancellor Olaf Scholz. During the event, the US president urged non-essential Americans, including the families of diplomats, to leave Ukraine as fears of a Russian invasion continue to mount.

Biden says US citizens should leave Ukraine now. "I think it would be wise to leave the country. I'm not talking about our diplomatic corps. I'm talking about the Americans there. I don't want them to get caught in the crossfire."

In late January, the State Department also issued an alert to Americans in Ukraine telling them to leave the Eastern European nation. The department explained commercial flights are currently available but it can’t guarantee they’ll continue to run. The administration is trying to prevent a situation similar to what happened in Afghanistan last year. According to recent reports, soldiers from the 82nd Airborne Division could be called to help Americans leave Ukraine if things take a turn for the worse.

Russia currently has 100,000 troops along the border. Putin wants NATO to guarantee the country will never be admitted to the international alliance but his demands have been rejected so far. Biden continues to pursue diplomatic talks, but has failed to make any breakthroughs.