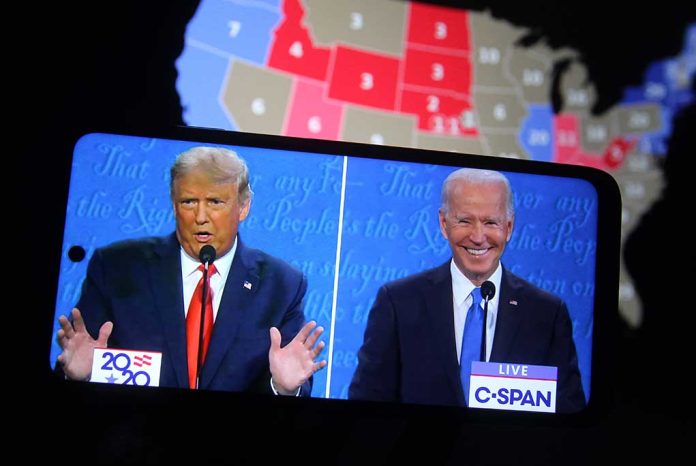 Biden Claims He Can Beat Trump in a 2024 Run

(USNewsMag.com) – There’s a possibility the 2024 presidential election could be a rematch of 2020. Former President Donald Trump might run for office again, and President Joe Biden has said he’s seeking a second term. When the current POTUS was asked about it recently, he made a shocking remark.

On Tuesday, October 11, Biden sat down with CNN’s Jake Tapper to discuss a number of issues. He told the television host he’s going to make a concrete decision about a second term after the midterms. Tapper asked the president if “one of the calculations” he is making is that he believes he’s “the only one who can beat Donald Trump?”

Biden responded, “I believe I can beat Donald Trump again.”

Joe Biden: "I Believe I Can Beat Donald Trump Again"

Tapper: "And I know you're rooting for the Phillies."

While the president might be confident his voters will turn out again for him, pollsters aren’t quite so sure. In August, a Harvard CAPS-Harris Poll showed Trump receiving 45% of the vote and Biden getting 41% in a hypothetical match.

Bookies are also unsure of Biden’s chances. Newsweek reported Paddy Power is saying the current president has 15.5% of winning, while Trump has 26.7%. While a lot can happen between now and 2024, it’s clear not everyone is as confident as the POTUS.

Who would you choose in a rematch of the 2020 race?