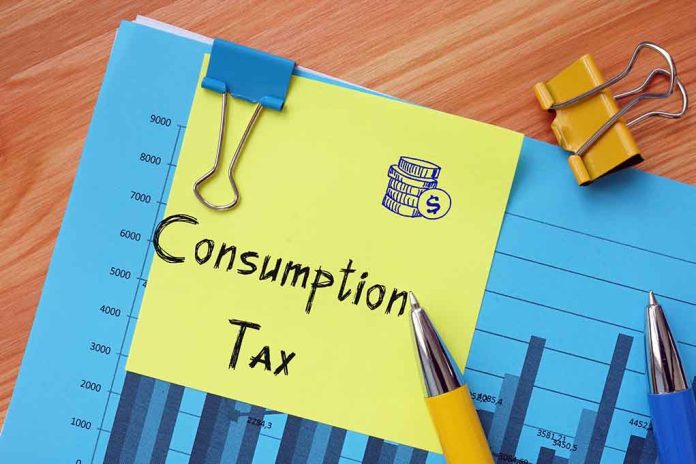 (USNewsMag.com) – While speaking at an event on Martin Luther King Jr. Day, President Joe Biden promised to veto the Republican proposals that would either cut funding to the IRS or eliminate it completely. He told the attendees of Al Sharpton’s National Action Network event that “if any of these bills happen to reach my desk,” he would use his power as President to kill the legislation, calling the Republicans who support the bills “fiscally demented.”

One of the proposals, the Fair Tax Act, was brought to the House floor by Buddy Carter, a Republican from Georgia. The bill would eliminate the income tax and replace it with a national sales tax to be governed by individual states. The purpose of the change would be to simplify the tax code and abolish the “abusive Internal Revenue Service,” according to one of the bill’s co-sponsors, Jeff Duncan of South Carolina. Another co-sponsor, Kat Cammack of Florida, urged her fellow representatives to “Support this commonsense legislation,” and end what she calls the weaponization of the IRS.

The Fair Tax was first proposed in 1999 by John Linder, a congressman from Georgia. The idea is to replace the income, death, gift, and payroll taxes with a single national consumption tax. Supporters of the reform believe it would encourage people to work, save, and invest because everyone would keep “every cent” of their earnings. It is a massive shift from the tax system most Americans are used to, hailed as being simple, non-discriminatory, and unintrusive.

According to President Biden, however, the Fair Tax Act would “raise taxes on the middle class by taxing thousands of everyday items.” He listed examples including clothing, groceries, and gasoline. With the exception of Delaware, New Hampshire, Montana, Alaska, and Oregon, state governments already impose their own sales taxes as a form of revenue. Many local jurisdictions have an additional sales tax.