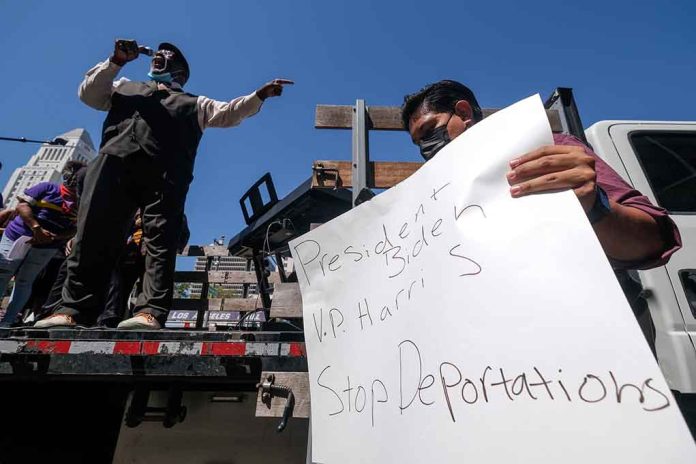 (USNewsMag.com) – According to the Border Patrol officials in the Rio Grande Valley Sector, there has been a rise in interior human smuggling incidents in the first week of the new year. Most of the incidents occurred at or around checkpoints where agents use dogs and technology to catch smugglers. With Title 42 remaining in effect pending a Supreme Court case, those attempting to cross the border illegally may turn to riskier methods out of desperation.

This rise comes the same week that the Biden Administration announced the President’s first trip to the border as well as a plan that would allow for 30,000 migrants per month from Haiti, Cuba, Nicaragua, and Venezuela to be allowed to live in the United States for a two-year period. The parole would be on the condition that they have a financial sponsor, among other things. This attempt to deal with the surge of migrants at the southern border will only be available to legal immigrants.

At the same time, the administration intends to expand Title 42 expulsions specifically to include people from those countries to expedite the removal of people who enter illegally. It is believed that with that expansion, as many as 30,000 people per month could be returned to Mexico. Biden will also use an alternative removal authority known as expedited removal. It will allow the deportation of migrants who do not claim asylum and are not eligible for Title 42 expulsion.

Ironically, this news came on the same day that former President Donald Trump announced that if he wins his next Presidential bid, he intends to aggressively take on the cartels responsible for much of the human and contraband smuggling operations plaguing the United States. He said that by designating the major cartels as foreign terrorist organizations, he will be able to use everything at his disposal to “inflict maximum damage” on the criminal organizations.