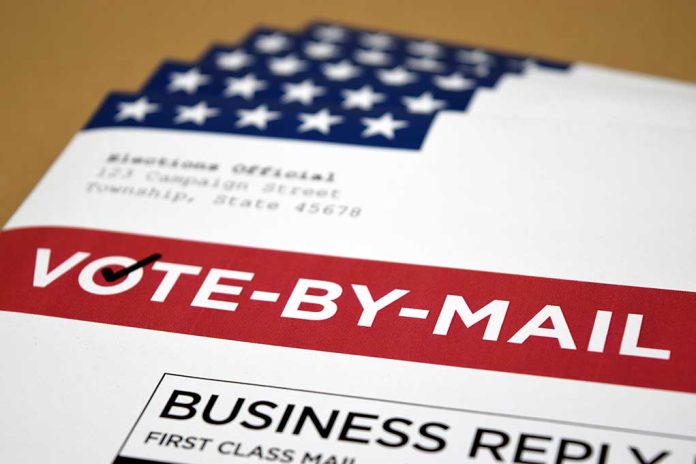 (USNewsMag.com) – There has been a great deal of controversy over the legitimacy of the 2020 Presidential election. In November, OANN host Christina Bobb interviewed a Michigan state representative candidate named Jacky Eubanks, who claims she discovered overwhelming errors in Michigan’s vote count last year. The politician says she canvassed Malcolm County voters door-to-door during an independent investigation. Eubanks claims she found an alleged “17.6% voter fraud and anomaly rate.”

"Mich. State Rep. Candidate Found Ballot Errors In County"
Jackie Eubanks, candidate for state office from Macomb County, with what she found out from the 2020 election.
Watchhttps://t.co/alamKncsiy

In Eubanks’ case, she estimated that her findings represent about 87,000 erroneous ballots in Malcolm County alone. The representative then projected her assertions into Wayne County, assuming that her applied percentage proved 154,000 votes contained errors.

Eubanks also suggested that applying the same research to the entirety of her state would prove the presence of serious mistakes in at least 900,000 ballots. She surmised that might mean former President Donald Trump actually won the Great Lakes State.

Assumptions aside, Eubanks’ numbers still lack corroboration from independent sources. It isn’t yet possible to determine whether her math is correct for this reason. Still, if the Michigan woman can obtain additional proof, her investigation might uncover critical voting issues that must be addressed before 2024 to prevent future problems and ensure voters can have faith and trust in their electoral system.