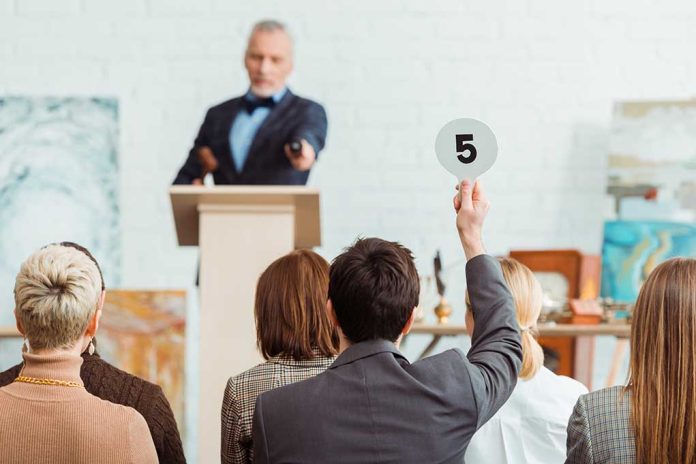 (USNewsMag.com) – There are few movies more iconic than the 1939 film “Wizard of Oz.” Judy Garland’s portrayal of Dorothy skyrocketed her to fame. Just as iconic as the film, was the actress’ costumes. Now, one of those dresses is going up for auction and could fetch an incredible amount of money.

On May 24, the iconic blue-and-white checkered dress Judy Garland wore during her performance will be auctioned off at the “Bonhams Classic Hollywood: Film and Television,” in Los Angeles. The dress, which the actress reportedly wore in the scene where she faced the Wicked Witch of the West at the castle, is expected to fetch between $800,000 and $1.2 million at the event. The proceeds of the sale will help establish the Catholic University of America’s (CAU) Benjamin T. Rome School of Music, Drama and Art.

The Catholic University of America will auction a dress that Judy Garland wore as Dorothy Gale in the 1939 film The Wizard of Oz. The university says that the proceeds will go toward educating drama students. https://t.co/CHYRMCPsAk

The dress being auctioned off is one of only two of the “Wizard of Oz” dresses that still has the original white blouse with it. The dress had been missing for decades, but fortunately had been located. It was donated to CUA’s drama director Father Gilbert Hartke in 1973, but went missing again a few years later. In 2021, the dress was finally found again and now the school is selling it.