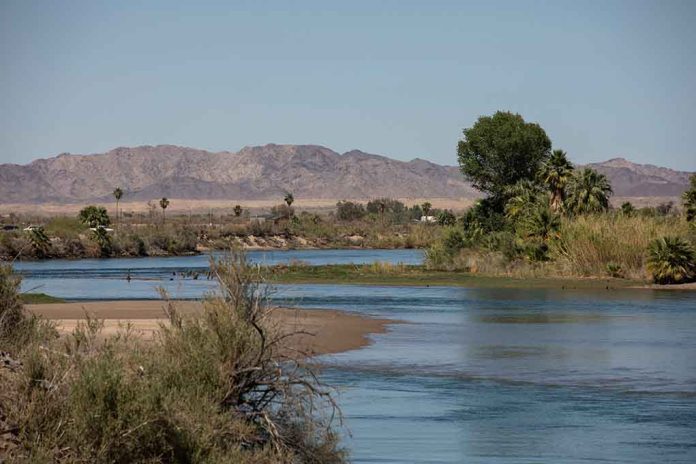 (USNewsMag.com) – After several weeks of record rainfall, the San Francisco Bay Area is no longer experiencing an “exceptional” drought, according to the US Drought Monitor map released Thursday, January 5th.

While the entire State of California is still experiencing some level of drought, the intense moisture brought by the atmospheric river over the Pacific Ocean has alleviated months of intensely dry conditions. Statewide, the drought conditions eased by approximately 10%.  Unfortunately, the storms have also brought flooding, mudslides, and wind damage in the form of downed trees and powerlines.

An atmospheric river is a weather phenomenon that occurs with relative frequency. In the United States, it is most commonly discussed as occurring when a channel of moisture forms, taking huge amounts of water from the South Pacific and carrying it to the West Coast. As the warm moist air hits the coast and the cool, dry air of the Mountains, it dumps enormous amounts of rain and snow. The circumstances can occur elsewhere; for instance, one atmospheric river in 2009 that formed over the United Kingdom contained 4,500 times more water than London’s River Thames.

While the term atmospheric river was first coined in 1994 and continues to be widely used in meteorology, some question its use. One study argues that it could be a “footprint of moisture” ahead of a cold front, not a “pipeline” from the tropics or subtropics.

The series of these events over the West Coast in recent weeks has been a surprise to some. Usually, La Nina winters are dry for that region, and this winter was predicted to be a typical La Nina winter.

While the Golden State has been desperately in need of moisture, the sudden deluge has left residents to deal with storm damage as quickly as possible while bracing for the next round of storms forecast to come their way.