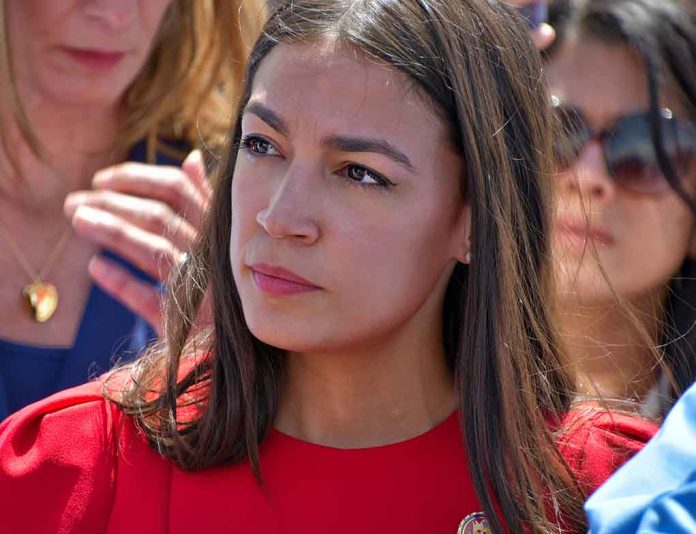 (USNewsMag.com) – Democratic New York Representative Alexandra Ocasio-Cortez is officially being investigated by the House Ethics Committee, according to a statement released on Wednesday.

The statement revealed that the Acting Chairwoman and Acting Ranking Member of the Committee on Ethics have “jointly decided to extend the matter regarding Representative Alexandria Ocasio-Cortez,” brought to the Committee by the Office of Congressional Ethics on June 23, 2022.

🚨BREAKING: AOC is under a House Ethics Investigation pic.twitter.com/FFHfinqFJm

While they clarify that the disclosure of an investigation does not necessarily mean “any violation has occurred” as of the moment, it does mean that the investigation will be handled in the new year with the 118th Congress fully sworn in. It just so happens that the new House will be under Republican control.

This statement comes as multiple conservative groups called for an investigation into her, filing complaints under suspicion that her Met Gala attendance and dress for the occasion may have violated certain codes of conduct as an official representative. Although the Committee didn’t clarify what specifically AOC is being investigated for, there is wide speculation it may be related to this incident.

The House has an ethics manual on gifts, receiving gifts, and what specific events congressional members are expressly allowed or prohibited from attending. There are many limitations, notably that representatives may not receive gifts valued above $50 or gifts from a single donor worth $100 or more in a single calendar year.

It seems that, at the time, Met Gala tickets for 2 individuals were worth around $35,000. AOC and her now-fiancé both reportedly received tickets to the lavish event for free. She also donned a custom-made designer “Tax the Rich” dress that the representative admitted was lent to her for the event. However, the hefty price tag of the Gala tickets alone would have surpassed the “Gifts” limit listed in the House Ethics manual.

The mere perception that there may have been an expected mutual benefit between AOC and the organizers behind the gala is enough to spur an investigation. There is a legitimate concern regarding the ethics and purpose behind lavish gifts such as these since very rarely is nothing expected in return. Especially when AOC, being an elected official from NYC, is seen actively collaborating with a for-profit organization – from the same city – that has the potential to generously influence legislation in their own favor.

Rep. Ocasio-Cortez’s office responded shortly after the news was made public. “The Congresswoman has always taken ethics incredibly seriously, refusing any donations from lobbyists, corporations, or other special interests” the office claimed. “We are confident that this matter will be dismissed.”

It is up to the 118th Congress to determine what, if any, violations the Democratic socialist congresswoman may have committed. Now that Republicans will regain control of the House, it seems likely that they will proceed with investigating her and other Democratic peers.