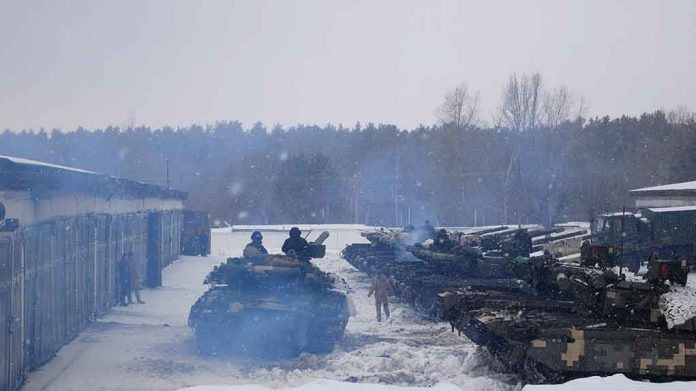 (USNewsMag.com) – On March 12, the Russian military hit another milestone in its war against Ukraine: they killed a journalist. Not just any reporter, either. The man who lost his life was an American award-winning journalist.

Brent Renaud, 50, died in the suburbs of Kyiv on Sunday. He was allegedly shot by the Russian military while in Ukraine on assignment for TIME Studios. The studio’s executives released a statement saying the Peabody Award-winning team was in the country to document the global refugee crisis. They said news of the reporter’s death was “devastating” and sent their regards to his loved ones.

My friend Brent Renaud died today, killed while working as a photojournalist in Ukraine.

Brent’s work excelled. But his friendship was better: He was humble, kind, gentle. He, almost frustratingly, always wanted to hear about others rather than talk about himself. 1/2 pic.twitter.com/hDxsH09lZX

Renaud worked with his brother Craig and a filmmaking team to create bold documentaries to bring the world’s issues directly to peoples’ televisions. The team worked with Discovery, HBO and others to document suffering across the world. Renaud also contributed to the New York Times and other media.

The murder of Renaud is a war crime under international law if the Russia military targeted him. The fact he was an American citizen makes it even more controversial. If Russian President Vladimir Putin is allowing his military to take out journalists, that’s a clear escalation.

Our condolences are with Brent’s family during this difficult time.