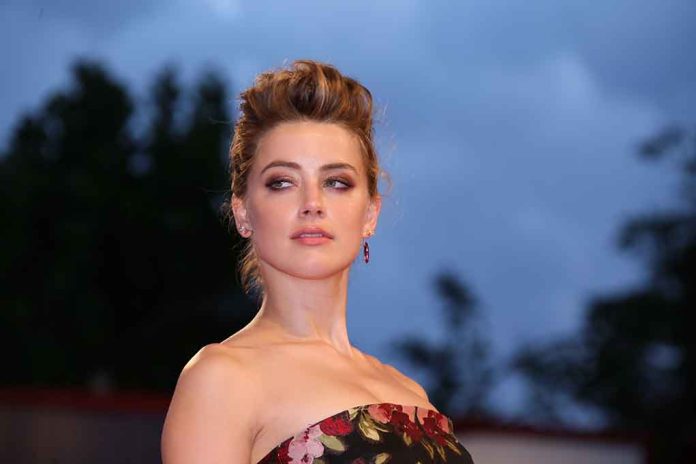 (USNewsMag.com) – Amber Heard and Johnny Depp battled it out in court for weeks over dueling defamation lawsuits. Millions of movie fans watched the Virginia trial live-streamed on television, learning the intimate details of the former couple’s relationship. When the verdict came down, Heard suffered a major financial blow — and now, she’s facing ruin.

On June 1, a Fairfax jury awarded Depp $15 million in punitive and compensatory damages for his ex-wife fabricating allegations of abuse against him. The judge in the case reduced the verdict to $10.35 million because the maximum allowable amount for punitive damages is capped at $350,000 by the state. Heard won $2 million in damages for one of her claims, further reducing her burden to $8.35 million. In an interview on “Today,” a host asked if Heard could afford to pay, and one of her lawyers, Elaine Bredehoft, replied, “Oh no, absolutely not.”

During another interview with “CBS Mornings,” Bredehoft blamed social media for Heard’s loss, claiming she received poor treatment in that space. She doesn’t believe the jury was able to escape the frenzy over the case. The judge didn’t sequester the jurors during the trial.

In addition to not having the money to pay for the verdict, some experts believe Heard is going to have a very hard time getting acting jobs moving forward. Evan Nierman, a public relations expert, believes she has a lot of work ahead of her in order to rebuild her image because she will always be linked to the trial.