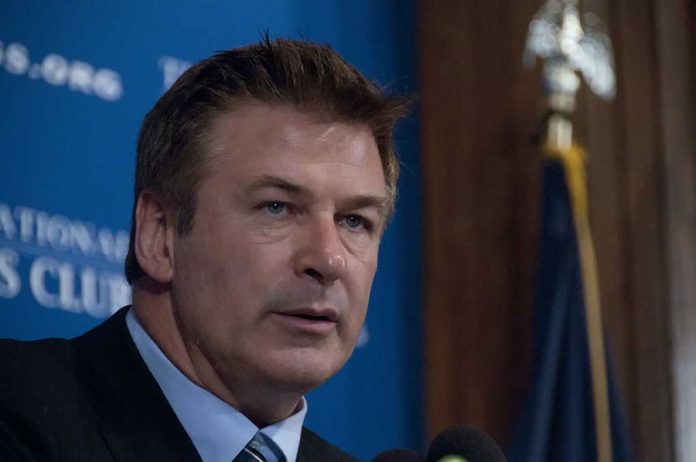 (USNewsMag.com) – On October 21, actor Alec Baldwin fired a prop gun on the set of his movie “Rust,” killing cinematographer Halyna Hutchins. The actor didn’t talk about the accident for a few months, but now he won’t stop and he’s angering people.

During the Boulder International Film Festival on March 5, Baldwin once again said he wasn’t responsible for Hutchins’ death and director Joel Souza’s injuries. He claimed there were only two victims the day of the shooting and believes others filing lawsuits are frivolous attempts by people who want to target those with “deep pockets.” He compared people dying on the set of films to deaths at other workplaces.

Alec Baldwin says he believes lawsuits filed in the wake of the fatal shooting on the "Rust" film set have been directed toward people with more money, not necessarily those who were potentially negligent. https://t.co/m1tCO6n56N

The actor also said he’s hopeful he won’t be held criminally responsible for killing Hutchins. He claimed her death changed his life, because now the function of weapons on a set will change.

In February, lawyers filed a wrongful death suit against Baldwin and others on behalf of Matthew Hutchins and his son. The suit alleges “reckless behavior and cost-cutting” led to Hutchins’ wife’s death. In an interview with NBC News’ “Today” anchor Hoda Kotb, Matthew addressed remarks by Baldwin saying he finds it “absurd” a “person holding the gun and causing it to discharge” isn’t responsible.

According to sources, Matthew is said to be very angry about remarks the actor has made and his refusal to take responsibility for the accident that left his child without a mother and himself without his wife.

Do you think Baldwin should be held criminally responsible for the shooting?