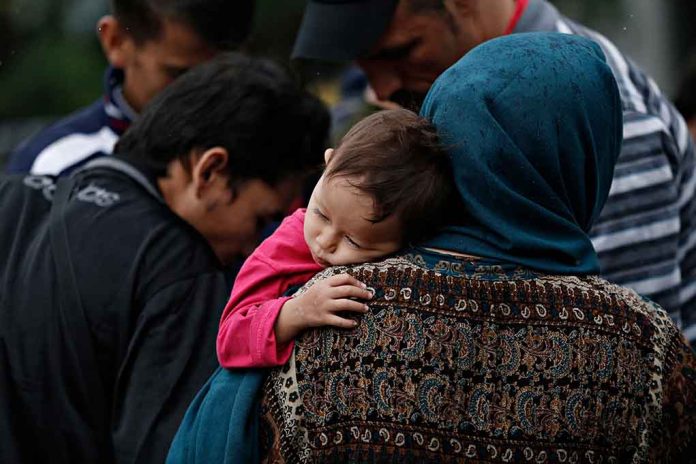 (USNewsMag.com) – The US military evacuated tens of thousands of Special Immigrant Visa Applicants (SIVs) from Afghanistan in August. These are Afghans who helped the allied forces during the wars. Months later, these refugees are still waiting for President Joe Biden’s administration to allow them to restart their lives.

An Associated Press report reveals 35,000 refugees are stranded on 6 US bases. Joint Base McGuire-Dix-Lakehurst in New Jersey is housing 11,000 Afghans who are eagerly awaiting Operation Allies Welcome to resettle them in communities across the country. Esrar Ahmad Saber, a former interpreter for the US Army, said the process is extremely slow. He explained while the Afghans are happy to be there, they also “want to get out as soon as possible.”

Air Force Col. Soleiman Rahel, a former Afghan refugee, said the process is “very traumatic” for the people on the bases. He explained that almost all of them helped the US effort in Afghanistan and now they’ll face many challenges. Some of the officials helping with the resettlement process are criticizing the Biden administration, saying the process should have been planned before the US ever announced the withdrawal.

Saber is hoping he’ll be able to join the US Army and serve the country he helped for so many years. But months after landing in America, he’s still waiting for a flight to Phoenix where he was told he’d be resettling. There are thousands more in limbo just like him.