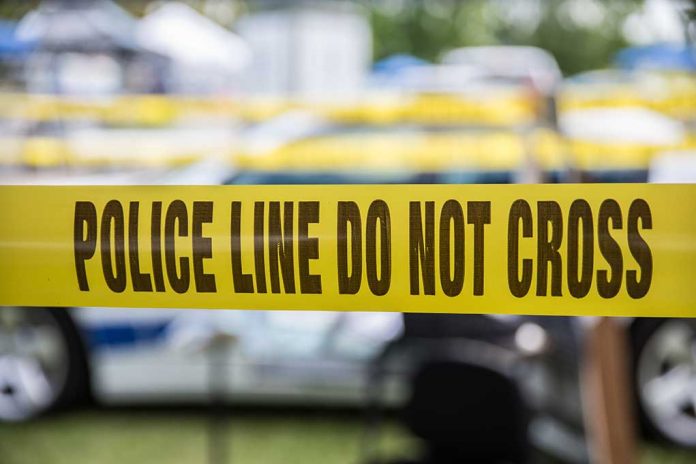 (USNewsMag.com) – More than 69,000 people are homeless in Los Angeles County, California. While many of them commit petty crimes, individuals who are living on the streets aren’t generally more violent than anyone else. In fact, statistics show they are more likely to be the victim of a homicide than commit one. That’s not true of one man who is the suspect in an absolutely heinous crime.

On Thursday, October 27, 22-year-old McKenna Evans and her father, 54-year-old Ken Evans, were outside of a Kohl’s store in Palmdale around noon. The two were working on their car in the parking lot. That’s when a homeless man allegedly attacked the two, stabbing them.

The father tried to shield his daughter during the attack, but was unable to save her. McKenna Evans died at the scene, her dad passed away after being rushed to the hospital.

Heartbreaking: Ken Evans and his 22-year-old daughter McKenna Evans were stabbed to death in the parking of a Palmdale shopping center. As they search for a motive, the family is hoping justice is served. 💔 https://t.co/uvykOdhDvB pic.twitter.com/7NhznygOIC

Police have arrested a suspect in the case, who they think is a transient. Homicides in the city surged earlier this year, up to the highest levels in 15 years.

Elizabeth Evans told KTLA that her husband was a great father who adored his daughter. She described the young woman as “an absolute beacon” who became best friends with everyone. Jesse Mercado, the 22-year-old’s boyfriend, told reporters his girlfriend was ambitious and kind. He said he tried to get in touch with her on the day of the attack but couldn’t. He raced to the parking lot and saw it was taped off by the police.

Law enforcement is asking anyone with information to contact them at 323-890-5500.